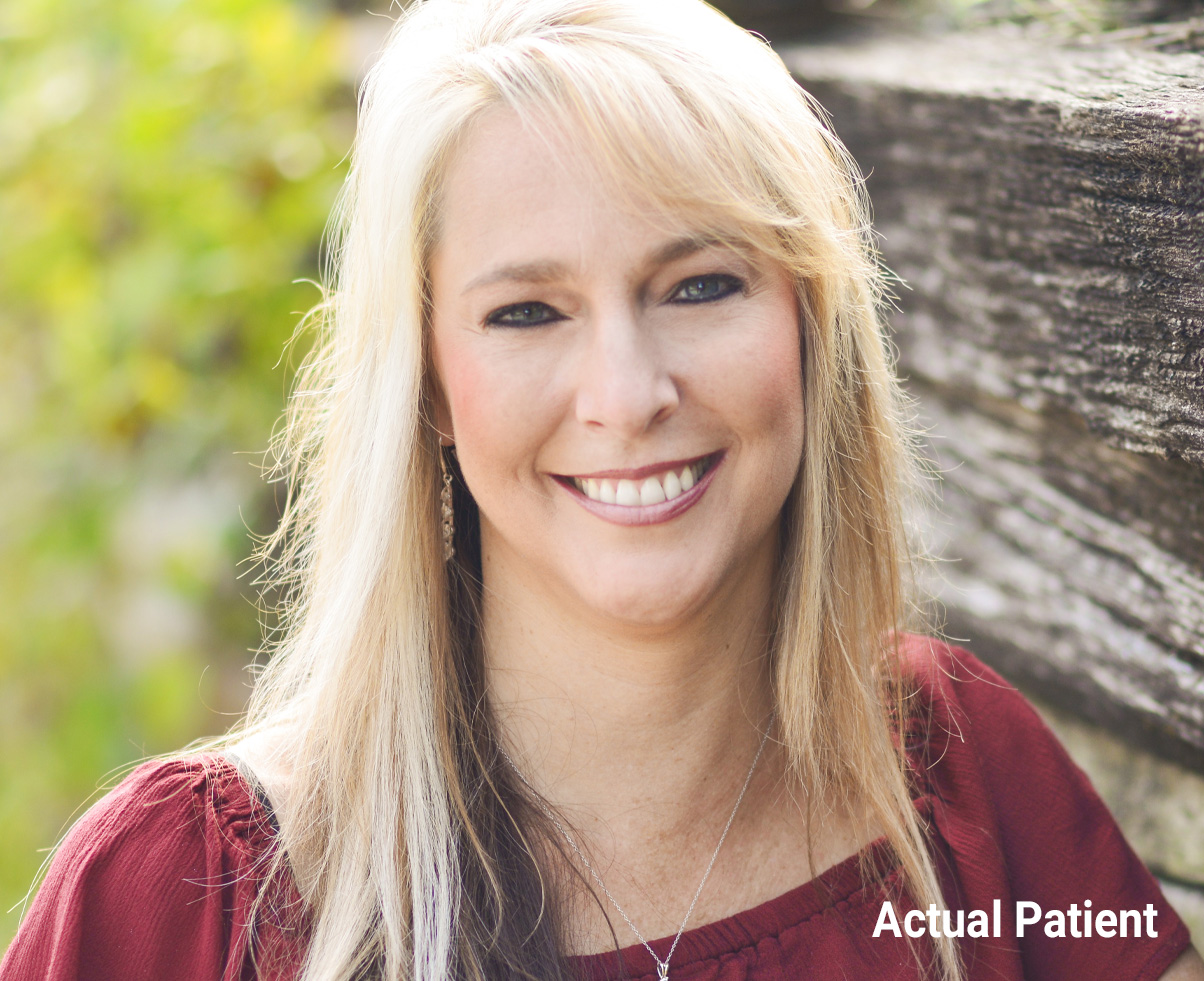 Your smile is for a lifetime.

Your teeth can be your friends for life. Investing in your smile today is one of the best investments you can ever make. The investment doesn’t take much. A few minutes a day brushing and flossing, regular visits to your dentist, and you’re well on your way to keeping your teeth forever. The old ideas of everyone eventually having dentures doesn’t have to be a reality for you.

You should brush your teeth for two minutes at least twice a day. This removes the thin layer of biofilm which turns into plaque when not removed. Flossing takes care of the rest of the tooth surface—30% to be precise—and removes the rest of the biofilm. Plaque traps bacteria underneath which attacks the foundation of your mouth—your gums.

With a healthy mouth, you should visit your dentist at least twice a year to remove any calculus. Calculus forms from residual plaque, the soft biofilm mentioned above that we all work so hard to remove through brushing and flossing. Though excellent dental habits will remove most of this biofilm (plaque) and slow the formation of calculus, calculus can still accumulate in the healthiest of oral environments.

So even if you’re a flossing and brushing rockstar, you still need to see your dental hygienist and dentist twice a year to monitor the health of your gums, review your oral hygiene home routine, and clean up the hardened bacteria, as well as evaluate for cavities or any other tooth problems that will cause bigger issues down the road if left unchecked.

If you have a history of periodontal disease, you should see your dental hygienist every three to four months.

More than half of adults in the United States have periodontitis. However, most of those adults don’t even know they have this dangerous condition because, until it is severe, it usually doesn’t hurt.

Periodontal disease starts with gingivitis, which is indicated by inflamed and bleeding gums. If you hear the words gingivitis from your dentist, take note. You’ll want to take treatment very seriously, so you never have to face the unwanted diagnosis of periodontitis. If you have sore or bleeding gums, please see a dentist right away. Periodontitis, in its advanced stages, leads to loose teeth, gums that pull away from your teeth, and bacteria that enters the bloodstream directly through those open gum pockets. Periodontitis has been linked to various health problems, like heart attacks, inflammation in the body, and Alzheimer’s Disease, so taking care of your gums is really taking care of your whole body.

The best way to defend yourself against periodontitis is to become close friends with your dental hygienist.

If you already have periodontitis, then we’ll want to see you more often. As mentioned above, periodontitis is entirely treatable; however, it is not reversible. We can stop it in its tracks and advise you on the best treatment moving forward. Our dental hygienists are your personal trainers! Periodontal maintenance appointments are needed every three to four months so that the bacteria can be cleaned out from underneath your gumline, disrupting the biofilm to maintain the bone level.

At Ada Smile Place, we’re providing a new treatment for our patients who struggle after periodontal treatment and maintenance to reduce inflammation and the bacterial load. We use Perio Protect trays which are able to reach deep into the pockets between the teeth and gums—a place where neither brushing nor flossing can reach easily. Perio Protect trays create an oxygen-rich environment, which lowers the amount of the bad bacteria that is linked to periodontal disease. It’s like a hyperbaric oxygen chamber for your gums. If you struggle with inflammation and bleeding after periodontal treatment, ask us about Perio Protect.

A root canal treats a tooth that has become so badly decayed or infected that a filling cannot save it. While a filling replaces tooth dentin and enamel, a root canal treats the tissue inside the tooth—the pulp—effectively saving the infected tooth. Millions of teeth per year are saved this way, relieving pain, ridding patients of infection, and making the tooth healthy again.

If you’re worried about a root canal being painful, keep in mind that the worst pain will be the pain you’re already in. The procedure itself should be no more of an ordeal than a routine filling, and we provide excellent pain-blocking options, as well as oral conscious sedation. You’ll soon be on your way with the infection treated, the tooth happy, and your smile confident again! You’ll also be able to chew, bite, and drink from a straw with no pain after any initial sensitivity wears off.

Most teeth need to be protected after a root canal is done. Think of your tooth like an egg. Once the yolk is removed, the eggshell becomes very brittle. Your tooth is similar! Once the pulp tissue is cleaned out and the filling material placed, your tooth structure will become delicate. A crown is a restoration that will cover the tooth and protect it from breaking after a root canal is complete.

Q: Is it really that important to save my natural tooth?

A: While modern dentistry has nearly miraculous ways of replacing missing teeth with implants and the crowns that go with them, any dentist worth his salt is going to fight to save every natural tooth you have. We like to think our tooth replacements are as close to natural as possible, but that’s the point. Natural is what we’re trying to emulate, so let us help you keep your natural teeth with regular checkups and treatment for any problems before they become bigger problems.

Q: What are the signs that I need a root canal?

A: Severe pain while chewing or biting is a symptom you should tell your dentist about right away. Chipped or cracked teeth, lingering sensitivity to heat and cold, swollen gums, darkening of the gums—all of these are signs of a possible infection root canal.

Why would you need to remove a tooth?

There are a few reasons where removing a tooth is in the best interest of your oral health. For example, wisdom teeth sometimes need to be removed because there is not enough space in your mouth for them or it is nearly impossible for you to keep them clean. If you have severely overlapped teeth, your dentist may advise to remove those teeth to make room for orthodontic treatment. If your teeth are severely decayed or impacted and your dentist is preparing you for an implant, he or she will, of course, remove the infected tooth first. Severe gum disease or severe tooth damage may also require the removal of the tooth. When a child is getting a new tooth and the old tooth is barely even loose, removing the baby tooth will make room for the new tooth to come in with a better chance of being straight.

At Ada Smile Place, we can gently remove teeth when appropriate. We will occasionally refer to an oral surgeon for some complex cases.

Try as we may to prevent dental caries, you may eventually need a filling. In fact, 92% of adults ages 20 to 64 have had dental caries, or cavities, in their permanent teeth, according to the National Institute of Dental and Craniofacial Research (NIDCR). This is caused by a variety of factors, including, but not limited to, oral hygiene, frequency of dental visits, eating habits, and even biology. We understand that this disease is multifactorial. Our dentists research the materials we use, so that we can arm our patients with healthy, disease-free teeth, as well as a beautiful smile. When the material used to repair your tooth matches your tooth, it helps you smile with confidence. We use the highest quality composite tooth-colored fillings available.

“But it’s just a small cavity.”

Leaving tooth decay untreated is only going to lead to larger problems down the road, including more decay, nerve infection, and missing or broken teeth. The earlier we catch a cavity, the smaller the filling and the happier the tooth. Let us help you prevent and treat cavities early by visiting us at the very least twice a year for your dental hygiene preventive appointment (more if you are diagnosed with the need for additional treatment).

“Lainie and the rest of the staff were fabulous! Genuine, caring and friendly. They explained things so thoroughly I had very few questions. So glad to be back under Dr. Trey Edwards care.”

Are you afraid to smile? At Ada Smile Place, we offer cosmetic dentistry, so you can experience the lifelong benefits of a genuine, unhindered smile.