How Are Central and Obstructive Sleep Apnea Different? Which Do You Have? 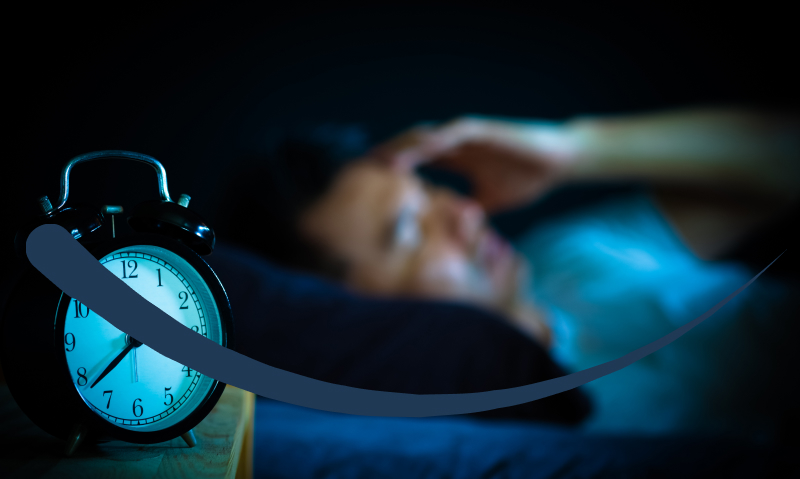 If you’ve recently been diagnosed with sleep apnea, you may be wondering about the different types of sleep apnea, how they compare, and what it means in terms of treatment and lifestyle management. You may even be somewhat familiar with sleep apnea already, and you’re curious if you’ll need a CPAP machine, medication, or some sort of oral appliance.

To help you better understand the forms of sleep apnea, we will cover some important information regarding the two most common types of sleep apnea: obstructive and central.

What are obstructive and central sleep apnea?

Sleep apnea is a general term encompassing several sleep-disordered breathing conditions, all of which are characterized by an interruption of normal respiratory function while sleeping. Obstructive and central are the two primary types of sleep apnea, with the very rare third type being complex sleep apnea.

Sleep apnea is frequently underdiagnosed because many of the symptoms are fairly generic. For example, a poor diet, a stressful life event, or a vitamin deficiency could cause many of these same symptoms. Therefore, it’s important to be aware of sleep apnea–specific symptoms, like snoring, waking up frequently during the night, and dry mouth.

Discuss your symptoms with your doctor or a sleep apnea specialist to get a confirmed diagnosis for the specific form of sleep apnea you’re experiencing.

What are the primary differences between central and obstructive sleep apnea?

Obstructive and central sleep apnea share very similar symptoms, so what’s the difference? Here are the two primary distinctions between them.

That being said, it’s vital that you receive a formal diagnosis from a healthcare professional rather than attempting to self-diagnose based on your symptoms. Treatment for sleep apnea depends on the type, so attempting to treat obstructive sleep apnea when you really have central or complex sleep apnea can be a significant health risk.

The major difference between central and obstructive sleep apnea is the underlying cause.

Obstructive sleep apnea is caused by a physical obstruction blocking the airway. Usually, it’s soft tissues in the throat, palate, or nasal cavity that collapse backward while you’re asleep. The soft tissues fall back during the inhale, resulting in the classic snoring sound most of us recognize.

Central sleep apnea is caused by mixed-up signals from your brain while asleep, meaning your brain isn’t able to communicate properly with the muscles that control your breathing. Instead of properly inhaling and exhaling at a normal cadence, most people with central sleep apnea will exhale, but the brain signal to inhale is delayed or doesn’t happen.

What about complex sleep apnea?

How are obstructive and central sleep apnea cases treated?

Obstructive and central sleep apnea can be frustrating sleep disorders, but the great news is that the majority of cases respond very well to treatment.

Obstructive sleep apnea is treated by finding a way to keep the airway open while asleep. This goal is usually accomplished by wearing a CPAP machine or using an oral appliance.

CPAP, or Continuous Positive Airway Pressure, machines provide a steady air pressure to assist in keeping the airway open while inhaling. Similar machines, like APAP and BiPAP, may be more appropriate depending on your personal needs or the severity of your sleep apnea. Your doctor or a sleep specialist will help you decide which machine is best, and you may even need to try a few different types before settling on the one that feels most comfortable.

Despite central sleep apnea being caused by the brain, treatment often involves similar machines or oral appliances. Some machines, like the ASV—or Adaptive Servo-Ventilation—machine, can even deliver a breath of oxygen automatically if one isn’t taken. Supplemental oxygen used independently of machines is also useful for managing central sleep apnea.

Oral appliances are becoming popular for treating mild to moderate symptoms, specifically in obstructive sleep apnea. These mouthguard-like devices position the jaw slightly forward to prevent soft tissues in the mouth and throat from blocking the airway. Many people find these appliances to be much more affordable and comfortable than CPAP and similar machines.

Schedule a consultation for a custom-made oral appliance today.

Ada Smile Place provides exceptional dental care in Ada, OK, but that’s not all. Our team can also help you manage your sleep apnea symptoms after you’ve received a formal medical diagnosis. After evaluating your oral health and jaw alignment, your dentist will fit a custom-made oral appliance to make breathing at night easier.

Book a consultation via phone or our online portal to learn more about oral appliances and sleep apnea.